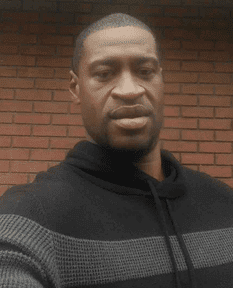 George Floyd (right) died on May 25. Protests erupted almost immediately. I paid attention at first, but to be honest, I really didn’t give it much thought. It was simply another in a long line of black men killed, or perhaps murdered, by white police officers. This one was particularly appalling, though, because of the brutal fashion in which it happened. A white police officer kneeled on Mr. Floyd’s neck for nearly nine minutes. Three other white police officers stood around watching but did nothing to help him or stop this assault, even while Floyd was saying, “I can’t breathe.”

I have benefited from white privilege all of my life, and I still do. That’s the way I was raised. That’s the way this country is set up. I didn’t always recognize it. Even now, some aspects of it elude me or catch me by surprise when they’re brought to my attention. I don’t think of myself as a racist, and I certainly don’t want to be. I tend to hang that label on people who display the Confederate flag or use the “n” word. While I can’t condone that behavior, I think we have to realize that the problem of racism is far larger, far wider, and far more insidious than that. I obviously have a lot to learn. I think we all do.

As important as statements are, action seems more appropriate. I’ve been a part of presbyteries that have made wonderful statements about peacemaking,  evangelism, and lots of other things. I’ve helped write some of those statements. Maybe they did inspire or challenge our people and our churches. Most of the time, however, despite all the time we spent writing these words, nothing seemed to happen and nothing seemed to change. I don’t want to waste this chance to make a difference.

In one of the recent columns in her blog, A Church for Starving Artists, Jan Edmiston, one of the co-moderators of the 222nd General Assembly who now serves as the General Presbyter of the Presbytery of Charlotte, made reference to the 21-Day Racial Equity Habit Building Challenge. What it involves is taking one action each day for 21 days “to further your understanding of power, privilege, supremacy, oppression, and equity.” The plan “includes suggestions for readings, podcasts, videos, observations, and ways to form and deepen community connections.” There are a lot of choices; some take only a few minutes, and others will require a few hours. I suspect they chose 21 days for this challenge because they’re thinking that if you do something for 21 days, it will become a habit. I hope it does become a habit, although I think it will take far longer than 21 days to even begin to make a dent in our underlying racism.

Anyway, I have accepted this challenge. I encourage you to join me on this journey. Let me know if you decide to take the 21-Day Racial Equity Habit Building Challenge, and we can talk about what we’ve learned. 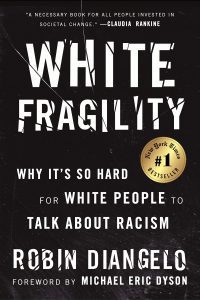 The second thing I want to do is lead a book study on Zoom for the presbytery. I’m thinking about using White Fragility: Why It’s So Hard for White People to Talk About Racism. I’ve read reviews and even went ahead and ordered the book, but it’s temporarily out of stock, so I’m not sure when it will arrive. However, I am open to suggestions for using another book on white racism. If you’ve read something on this topic that you found helpful, let me know.

The third thing I want to do is attend the next Conference on White Privilege that is scheduled for April 7-11, 2021 in Mesa, Arizona. This seems more risky, and I have to admit that it makes me uncomfortable. It’s also far enough ahead that I can probably find an excuse to bail out on it, but I also think it’s something I need to do. I believe being faithful to Jesus Christ calls all of us to be involved in facing racism and white privilege head on.

There are lots of resources and lists of resources available on racial justice. One can be found on the PC (USA) website, with further resources for Matthew 25 congregations that have made a commitment to, among other things, dismantling structural racism, found here.

We need to listen to people of color. Their experience of race in this country is far different from those of us with white skin. However, this is not just “their issue.” This is an issue for white people. What do you think, and more importantly, what are you going to do about it?