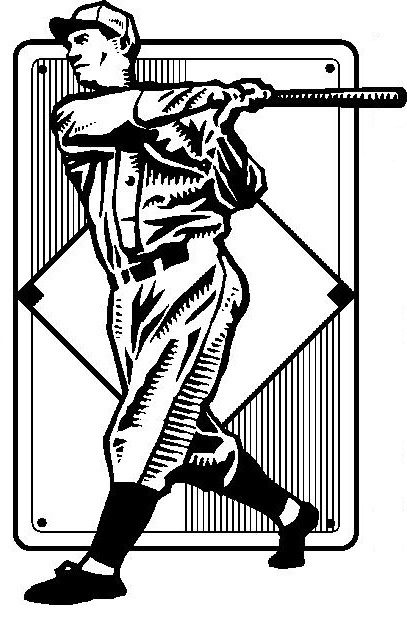 The church is more like amateur sports than professional sports. I first got that idea from Chris Holmes, who led the coaching training I did a few years ago and who also did some workshops on coaching for folks from our synod earlier this year. I’m not sure if he thought that up or if he got the idea from someone else. The more I think about it, however, the more I’m convinced he’s right.

In amateur sports, you play with whoever shows up. Professional sports teams get to draft people and sign free agents. Most of them have to work within a salary cap, as well as other financial limitations; nevertheless, they’re able to assemble the best team that money can buy. If you need a better shortstop or a better relief pitcher, you do some scouting to see who’s the best one available that you can afford, then you sign them or make a trade to get them.

In the church, you think about who you have, who would be the best available person who isn’t already doing 12 other things. Then you have to think about who you might train, who might be willing, who you need somewhere else. It’s a whole different mindset.

Professional sports usually have some kind of draft with the goal, or at least the hope, of achieving some kind of competitive balance. There’s no competitive balance in the church. Larger churches usually attract more people, so they have more choices as to who does what, but they also have more slots to fill. Even then, the questions comes up of where do you put your most talented people and where do those people want to serve. You might need people to be youth group leaders or to teach the middle school Sunday school class, but if they only want to sing in the choir, there’s not much you can do, other than being grateful that they’re willing to sing in the choir.

Professional sports can also trade players. If you have an abundance of outfielders, you could work a trade for an infielder or maybe starting pitching. In the church, you can’t trade two so-so deacons for one good ruling elder or two sopranos for a bass in the choir. (I’ll admit it’s an intriguing idea, but it’s never going to happen.)

You really can’t fire people either. I suppose technically you could do that, but it’s really difficult to fire volunteers. Their behavior has to be pretty bad or at least consistently bad over a long period of time. Even then, most churches are reluctant to take that step because they don’t want to offend the individual, their family, or their friends, especially if they’re “big givers” or at least have the reputation as “big giver.” Churches typically put up with bad behavior that would not be tolerated in secular employment.

You can’t make people retire either. Sometimes, people in the church retire too soon – often connected to their kids leaving home, their parents passing away, the birth of grandchildren, or their retirement from their secular jobs. Too often, though, people hang on way too long. They’re invested in their church and what they’re doing, and they don’t see anyone else who could do what they’re doing as well as they could. That may be the case sometimes, but too often people get exasperated that people aren’t willing to step aside and let someone else – someone younger, someone just as capable or even more capable – take over. Professional sports are driven by statistics and salaries. The church is driven by tenure and guilt.

In professional sports, if owners are frustrated by their team’s record, they will often fire the coach with the hope that the next coach will do better. Churches will sometimes fire their pastor with the hope that their next one will attract more people, especially more families with young children. That seldom happens, even if the demographics are in your favor. That doesn’t mean you should never fire your pastor, but you might want to check the demographics of your community to see who’s really out there first.

Amateur sports can be fun. They can be competitive. They can aspire to a certain level of greatness. People can be inspired to make significant sacrifices because they love what they’re doing. The church can be the same way. However, we’re not now and we’re not going to be like professional sports. That doesn’t mean we shouldn’t try or that we shouldn’t do our best. It does mean we need to be realistic and temper our expectations.