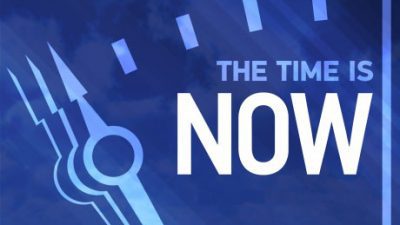 Let me talk about two things: 1) Certain life lessons keep repeating themselves. I guess that will keep happening until they finally sink in. Case in point – when Jay Nunley passed away last Thursday, it caught me by surprise. I knew he had been sick. I knew he was in the hospital. I kept thinking, “I need to go visit him.” I didn’t. I kept putting it off, thinking I had more time. Not that I’ve been sitting around eating bonbons or watching endless reruns of The Big Bang Theory or The Office on TV. I’ve been keeping busy, but I certainly could have rearranged my schedule and made time to make the drive down to Logan. But I didn’t.

That’s happened to me before. People I should have visited. Phone calls I should have made. Emails I should have sent. We think there will always be more time. That’s not always the case. TV commercials warn us, “This offer may end at any time.” Sometimes, it does.

So when you have the chance, take the time, or perhaps I should say make the time, to visit, to pick up the phone, to reach out. You can make a difference. You can show someone you care. You can demonstrate your love. You can do your part to mend a relationship, to offer an apology. Maybe it won’t always work. Maybe it won’t always be accepted. But you will have done your part. And you won’t have to live with the haunting thoughts of what you could have or should have done before it was too late.

I don’t know how many times I’ve learned that lesson. I hope I don’t have to learn it again.

2) I’m increasingly intrigued by Restorative Actions. That’s the group that was designated to receive the offering at the opening worship service of the 225th General Assembly. I mentioned them in my first report on this year’s GA. It’s not the first time I had heard about them. The Synod Governing Commission meeting earlier this month discussed whether this was something the Synod might want to support. (We decided to “study” the issue or to take it into further consideration, essentially kicking this can down the road while doing nothing about it right now.) I will admit I was pretty skeptical at first. The more I think about it, though, the more I think it’s the right thing to do. Or at least, it’s one way to begin to address systemic racism. I’ve haven’t done anything with this information yet, but I keep thinking that maybe this is something that we should do. By “we,” I mean my family as well as our presbytery and our synod.

Restorative Actions plans to set up four trust funds, two directed by and for the benefit of Indigenous Americans and two directed by and for the benefit of Afro-Americans. They point out that there is a massive wealth gap between white Americans and Black and Native Americans, a gap that is growing larger over time. The total amount is staggering. If there was parity, if all households, regardless of race, had the same amount of money available to them, on average white households would exceed parity levels by 16%. That seems like a lot, although in some ways, I’m surprised it’s not larger than that.

They suggest that contributing 16% of our wealth can be one way to help establish economic justice. This could come as a contribution from your estate, from the sale of property, from your savings or your reserves, or as part of the minimum distribution of your retirement accounts. There are lots of options, lots of ways you might contribute – which tells us that we may have more wealth than we realize or are willing to admit. It’s enough to make your head spin.

I encourage you to look at their website and read what they have to say. They do a far better job explaining this in more depth and more eloquently than I can. It’s easy to ignore this issue. It’s easy to wring our hands and admit that there’s a problem – a big problem – a problem far bigger and far more complex that we can comprehend. Doing that may make us feel better, but it also allows us to get away with doing nothing to address the issue.

It makes me uncomfortable, but I keep thinking it’s the right thing to do – or at least one way to begin to address the racism that lies behind so many of our problems. Presbyterians are good at kicking the can down the road. We get lots of practice at it. While we wait, people suffer, and the problem gets worse. I don’t think Jesus would be pleased by our complacency.