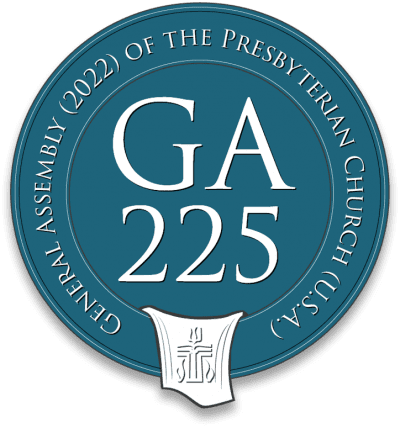 This year, the General Assembly will meet starting Saturday, June 18 and continue through Saturday, July 9. Commissioners aren’t expected to hang out in Louisville or be glued to a Zoom screen for that whole time, though. Committee meetings will be held in person from June 20-July 2, but only 4-5 committees will actually be meeting at any one time. The first group of 5 committees will come to Louisville for the first plenary sessions on June 18 and will be joined that day via Zoom by other commissioners serving on other committees. That’s an odd arrangement, but it’s going to be necessary. They’ve determined that there will be enough commissioners there in person to constitute a quorum for the meeting so that it will be legally possible to vote to change the Standing Rules to allow for the General Assembly to conduct its business online.

Not surprisingly, that provision wasn’t in the rules before. That also happened to us in the Presbytery of West Virginia and probably every other presbytery in the country. None of us ever anticipated that there would be a pandemic. But here we are.

The last General Assembly was held in 2020 during the first phase of the pandemic. Business was limited to essential matters that year, so a lot of what would have been considered then was pushed back until now. That means there’s a lot of business to deal with, as well as a lot of committees – 17 in total – to do the work.

I would encourage you to check out the homepage of the 225th General Assembly, as well as what’s called the MyGA webpage. You will need to register to access MyGA, but it’s free and pretty easy to do. Doing that also gives you a way to access PC-Biz, which contains information on all the business that will come before the General Assembly.

I would encourage you to watch the worship services on June 18 and June 19, as well as the online Bible studies, some of which are available now.

The first is on Wednesday, June 1, at 7 p.m. EDT, presented by the Advisory Committee on Social Witness Policy. I suspect, although I do not know, that much of that program will be devoted to the various overtures coming to the Assembly that deal with divestment from the Fossil Fuel industry. That’s a movement that’s been building for the past few General Assemblies. A number of presbyteries have sent overtures that propose dealing with this issue in a variety of ways; you can do a search on the Advisory Committee on Social Witness Policy on PC-Biz to actually read what those overtures and other reports from this committee have to propose. (You can register for PC-Biz, which will give you access to some features, but you can simply use it without registering and still find everything you need.)

The second Riverside Conversation will be on Monday, June 6, at 7 p.m. EDT, presented by the Special Committee on Per-Capita Based Funding and National Church Financial Sustainability. The word “sustainability” may ring a bell. As the membership of our denomination continues to shrink, per capita assessments bring in less money each year. After the 1983 merger that created the Presbyterian Church U.S.A, we had 3,121,238 members. At the end of 2021, we had 1,193,770 members. We’re not the same church we were in 1983. The world around us has changed. We have to adapt if we are going to survive, and the committee is bringing some recommendations on how that might happen.

In both cases, and really in every case, we need to remember that what goes into the General Assembly is not necessarily what comes out of the General Assembly. The Holy Spirit is at work through deliberation, discussion, and discernment to guide the commissioners. In previous General Assemblies, I have provided daily reports of what’s been happening. I’m not sure if or how I might do that this year. I will do my best to keep you informed and up-to-date on what happens because even though General Assembly can be tiring, as well as frustrating, it also makes me proud to be Presbyterian, and through the work of each General Assembly, I can see the hand of God.