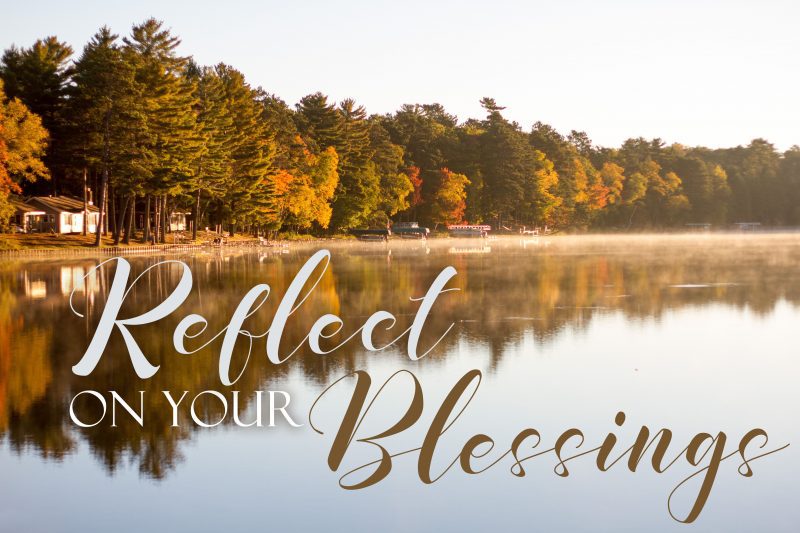 Part of me doesn’t want to think about Thanksgiving. Because once Thanksgiving arrives, Advent is lurking just around the corner. Advent means I can’t avoid thinking about Christmas, even though I have been trying to do that since stores started pushing the holiday right after Labor Day. When Christmas gets here, that means a new year will be starting soon, and there will be a Committee on Ministry retreat, a Leadership Team retreat, and new people serving on new committees. I don’t really want to think about all that.

I’m reminded, though, of probably the most important thing I learned during the summer internship after my first year in seminary. That experience has probably shaped my ministry more than I realize. One thing that clearly stands out for me from that summer was something one of the senior high youth group leaders said: “Don’t wish your life away.” He was speaking mostly to the kids who were going to be seniors in high school that coming year and were already planning for college and looking forward to moving out of town and moving away from their parents. That message hit home for me, though, because I was also looking forward to getting out of town after the summer was over, moving back to seminary and getting back together with my friends. Truth be told, I was also probably tired of the relentless round of youth meetings that took up five nights every week. While I enjoyed the kids and learned a lot from them and the other church staff, I will be the first to admit that youth ministry is not and was not one of my strengths.

That message was simple. “Enjoy each day as it comes. Don’t start looking so far ahead that you miss out on the wonderful things that God is doing in your life right now.” That’s a good thing to remember with the holiday season looming over us with the sense of dread that often accompanies it. 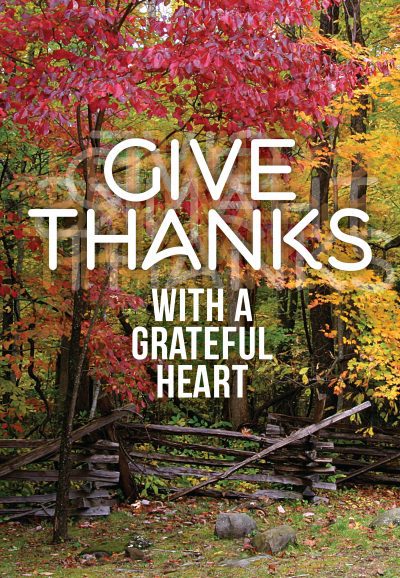 When I stop to think about it, I am overwhelmed with thanksgiving. Most of all, I am grateful for my wife. This summer, we celebrated our 40th wedding anniversary. That in itself is hard to believe. But she has stood by me, put up with me, consistently providing love, support, and encouragement, while not overlooking my faults. My life would be much different without her – and not nearly as much fun.

I am also grateful for my granddaughter. There is an app called Tinybeans that allows any pictures taken and uploaded by my daughter and son-in-law to show up in my email every morning. That is the number one – and maybe the only – reason I look forward to opening my email every day. For our anniversary, my daughter also gave us a digital picture frame that shows all these pictures, rotating through them on a random basis every 20-30 seconds. I typically spend a few minutes every morning just looking at these pictures and marveling at my granddaughter.

When I think about the presbytery, I am grateful for the young ministers we have. While the search process seems to take longer than it used to, the results are as good as or maybe even better than they have ever been. That’s true for all our pastors, but we have a number of young ministers serving as pastors and as chaplains who are impressive. The future is in good hands – obviously in God’s hands, but also in theirs.

I am also grateful for the number of honorably retired pastors we have. A few drop out of sight after they retire, and that’s OK. Just as people grieve in different ways, people seem to retire in different ways. I do not begrudge anyone who steps away or steps back from active ministry after they retire. Again, though, I am grateful for the retired pastors who are still serving churches, on committees, or as pulpit supply – helping out in whatever ways they can.

I am also grateful for our presbytery staff. I’m thinking especially of those based in our office in South Charleston, although the others are great too. A year ago, we put in new carpeting, replacing the carpeting that we believe was original to the building. Last month, we had the offices painted. Again, other than an occasional touch-up and a random room that might have been done, we think that’s the first time this had happened since the building was built in 1993. I’m not sure which experience was more stressful. Let’s just say they both were. With any luck that’s the last time this will happen in my lifetime or at least during my active ministry. Did I mention how stressful this was? The staff, though, handled all this disruption with grace. I can’t really say that I am surprised by that because I’m not, but I am grateful for the grace they showed during both disruptions.

What, or perhaps who, are you thankful for? I would encourage you to find ways to express your thanksgiving not only on that specific day but as often as you can. I hope you have a great Thanksgiving and that you experience God’s blessings that day and every day.