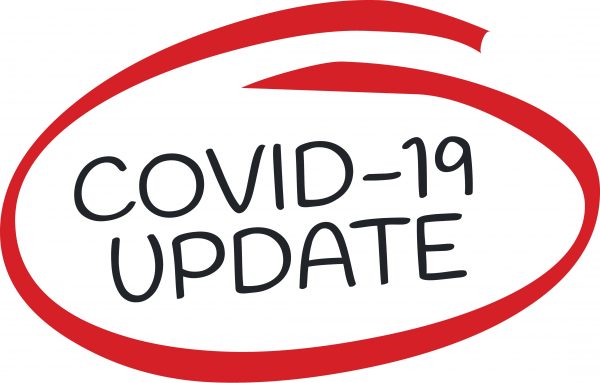 It was a sobering experience. Not that anyone looked drunk in their little Zoom square. The time of day – 4 p.m. EDT – and the crowd – members of the Association of Mid Council Leaders, who had tuned in for their bimonthly Zoom check-in – worked against that.

We were listening to Lisa Allgood update us on the latest trends in our continuing pandemic. You may remember Lisa. The Executive Presbytery in the Presbytery of Cincinnati, she was the speaker at our May Presbytery meeting. In a prior career, she had been an immunocyctochemist. (To be honest, I had no idea that anyone could be an immunocyctochemist, let alone knowing what one does. Let’s just say she’s really smart. )

There was good news. Vaccines work. A recent study showed that of the more than 1.2 million adults who received a first dose, fewer than 0.5% reported contracting breakthrough infections two weeks or more after getting the jab. Among those who got both shots, fewer than 0.2% experienced a breakthrough infection a week or more after getting their second shot.

(In an article Lisa wrote where I found those statistics, she also noted: “And if you don’t think vaccines work, go to your local cemetery and count the number of children there before 1950 and after 1950. We have essentially eradicated most childhood disease through vaccination.”)

More good news: masks work. According to the data, flu activity in November 2020 was approximately 91 percent lower than in November 2019. Overall, we had 1 percent the number of hospitalizations for flu nationally in 2020 than in previous years.

But there was plenty of bad news. Worldwide, there have been 4.6 million deaths, and in the U.S., 667,000 deaths from the coronavirus. That number is far higher than our share of the world’s population.

The delta variant spreads far more quickly. If it took fifteen minutes of exposure to be infected during the first phase of the disease, with the delta variant, it takes less than a minute. (Those may not be exact figures, but they’re pretty close. I meant to write down what she was saying, but I guess I was so shocked that I didn’t do it, so I’m going by memory.)

Apparently, every county in the United States except for some in Nebraska (?) are now at least at high risk, if not at very high risk. Hospitalization rates are skyrocketing. Many ERs are beginning to turn away anything that isn’t COVID. ICUs are full again. A headline in this morning’s Charleston Gazette-Mail says West Virginia leads the nation in acceleration of Covid-19 cases.

Lisa also said that we are unlikely to ever reach “herd immunity.” (Marshall fans, that has nothing to do with your favorite university.) The longer this pandemic continues, the more variants will emerge, and the more likely that one of them will not be blocked by the current vaccines.

There was more, but it was hard to take it all in. Lisa said she’s recommending to her churches that they return to the protocols they were observing in January of this year. That means if they were not meeting in person at that point, then they need to return to online worship.

The more I think about it, the more I think she’s probably right. In fact, I had written another article for the newsletter, but after thinking about what she said, I felt that I needed to write to you about it.

I don’t want to have these arguments. I would rather meet in person. I get the arguments that everyone or almost everyone in the church is vaccinated. To be fair, Lisa also said that if people are vaccinated and wearing masks at a worship service, you’re probably safe. And yet, this delta variant seems to be hitting children – who aren’t able to be vaccinated yet – much harder. Plus, even if the vaccines are 95 percent effective, that means 1 out of 20 people can still get a breakthrough infection. If there are people who have some underlying health conditions, the effectiveness of the vaccines drops and the likelihood of infection rises. If it’s still 67 percent effective for them, that’s good odds, but nevertheless, 1 out of 3 people could be infected.

I can’t tell you what to do. (Well, I suppose I can, but you don’t have to pay attention to me.) I would encourage you, though, to be careful, to wear masks, maintain social distancing, and consider what kind of example you want to set. Think about what protocols you were observing this past January and consider resuming them for the foreseeable future. While that’s before vaccines were widely available, the infection rates and the rates of hospitalization we’re seeing now are back at those levels, if not higher. We’ve got to take this seriously. We’re not out of the woods yet, and the discouraging thought is that we may never be out of the woods.

God will see us through this. I believe that. However, that doesn’t mean that we shouldn’t be paying attention to what’s going on around us or that we can’t or shouldn’t adapt to the conditions we’re facing.

The talk was a sobering experience. But maybe that’s what God is using to get our attention.