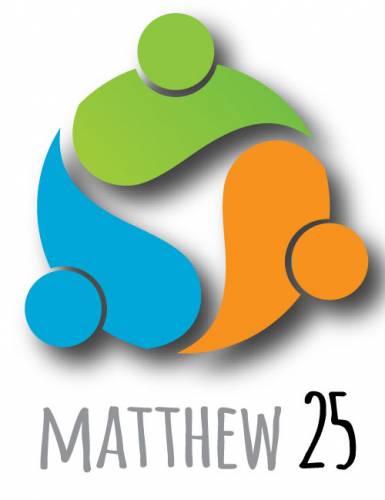 Part of the February 20 Presbytery meeting was an inspiring talk by Dianne Moffett, the president and executive director of the Presbyterian Mission Agency, about the Matthew 25 initiative for the PC(USA).  Matthew 25 churches have three focuses.  The first is building congregational vitality by challenging people and congregations to deepen their faith and get actively and joyfully engaged with their community and the world; referencing this focus, Dianne asked, “If your church ceased to exist tomorrow, who, besides your members, would miss it?” The second focus is dismantling structural racism by advocating and acting to break down the systems, practices, and thinking that underlie discrimination, bias, prejudice, and oppression of people of color. The third is eradicating systemic poverty by working to change laws, policies, plans, and structures in our society that perpetuate economic exploitation of people who are poor.

Building congregational vitality, dismantling structural racism, and eradicating systemic poverty. The more I thought about these foci; the more I thought that Edgewood has been and still is doing a lot in these three areas. I thought about Down on the Farm, the annual art and craft show, making apple butter, the many deacons’ projects over the years, the tithing of our profits from various fundraisers, the community garden, the blessing box, snacks in packs, Operation Christmas Child, Wellspring, drive -through meals, Stuff the Bus, the food locker, support of the four PC(USA) annual offerings, and probably some I have forgotten. Practically all of these activities have helped in some way to build congregational vitality and eradicate systemic poverty; and in the five years (Rev.) Larryetta (Ellis) was with us, if we did not learn a lot about dismantling structural racism, then we must have been living under a rock. Edgewood might be a small church, but I believe we do a lot for the members of the family of Christ, including the least.

After reflecting on all these activities, I thought Edgewood might as well be a Matthew 25 church. If we are doing the work, we might as well have the title.

During the session meeting of May 19, a motion was approved to have Edgewood become a Matthew 25 church, and on May 26, I filed the necessary information with the PC(USA). There are now four churches in the Presbytery that are part of the Matthew 25 initiative: First Dunbar, Bream Memorial in Charleston, Clifton in Maxwelton, and Edgewood in Lewisburg.