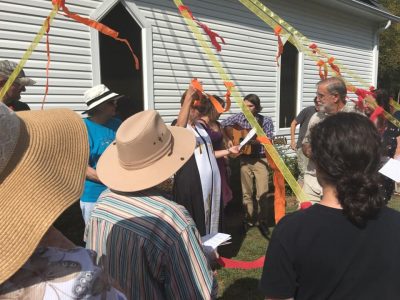 On a beautiful Sunday afternoon in September, Glenville Presbyterian Church held a dedication service for its recently installed solar panels. The service was attended by 30 people and led by Pastor Karen Kinney (at center in the photo), assisted by Robin Blakeman and Ed Thompson. It was especially meaningful because the dedication occurred on the same weekend as the September 20 Global Climate Strike, the largest day of action for climate justice ever.

The church’s solar system is designed to provide most of the electric needs for the building, and it had been producing all the energy that was needed during the late summer months.

Congregations interested in solar power for their church can contact Glenville’s Kayla Walsh (mgilbe3@gmail.com) or Spencer’s Brenda Wilson (brendaterminiwilson@gmail.com) to get information about their church’s experiences. Individuals who want to work for climate justice can join the Sunrise Movement, which is planning another day of climate action on December 6 – when world leaders gather at the UN’s annual climate conference, and young people across America will join a national Climate Strike to encourage elected officials to take action regarding the climate. 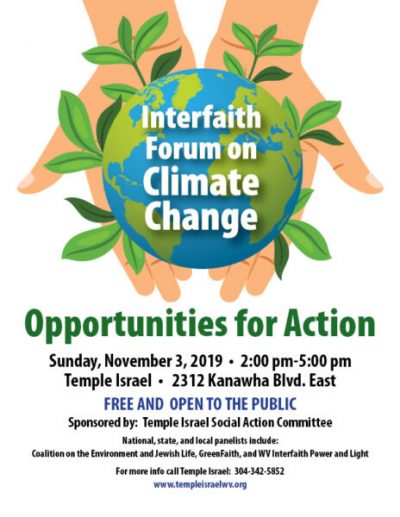 This blurb is from a more thorough article, “How Carbon Offsets Work,” by Sarah Dowdey on the HowStuffWorks website. Read the entire piece here.

“Carbon offsets are a form of trade,” Dowdey explains. “When you buy an offset, you fund projects that reduce greenhouse gas (GHG) emissions.  The projects might restore forests, update power plants and factories or increase the energy efficiency of buildings and transportation. Carbon offsets let you pay to reduce the global GHG total instead of making radical or impossible reductions of your own. GHG emissions mix quickly with the air and, unlike other pollutants, spread around the entire planet. Because of this, it doesn’t really matter where GHG reductions take place if fewer emissions enter the atmosphere.”

When churches work on making life better in developing countries or poorer areas of our country, they can include projects that feature sustainable energy. When you go on a trip (especially an airline trip), consider giving some extra money to such projects. Or you might wish to take on projects in your home or church to improve energy efficiency or the addition of renewable energy.

If you are interested in projects in West Virginia where you could offset carbon, visit to The Nature Conservancy, where you can read about red spruce restoration and more.